Created, organised and hosted by William Dean Ford, MEGAVERSE first appeared at the annual HUB FESTIVAL CARDIFF in August 2014…bringing performance poetry, page poetry reading, spoken and sung word performance to a yearly three day celebration of arts of all kinds in and outside the venues of Womanby Street, in Central Cardiff.

where MEGAVERSE WAS BORN 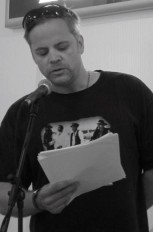 MEGAVERS@HUB 2017, fresh off a plane from Canada, DARRELL EPP 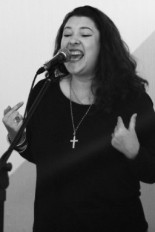 Returning every August since and looking forward to HUB FESTIVAL CARDIFF 2019, MEGAVERSE is organised and hosted by spoken word performer Will Ford. When Will created MEGAVERSE he was looking for a ‘brand name’ that implies each performer creates their own word universe and these word universes exist in parallel to each other. And that is the ethos MEGAVERSE operates under. 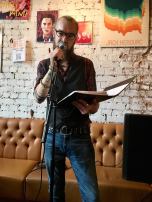 The aim of MEGAVERSE is to showcase an eclectic range of page and performance styles to the audience and a platform for those taking part to reach that audience. 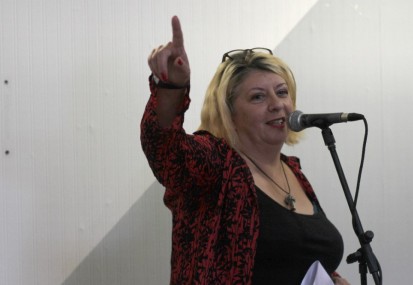 In the last couple of years the previously single 4 hour + MEGAVERSE bonanza at HUB has been split over two days to double the opportunities for festival goers to look in on spoken word.  The two sessions of MEGAVERSE each offer over two hours of performances comprised of a dozen or more short sets, closing with a longer set by feature poets. 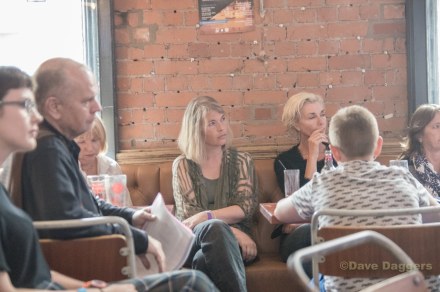 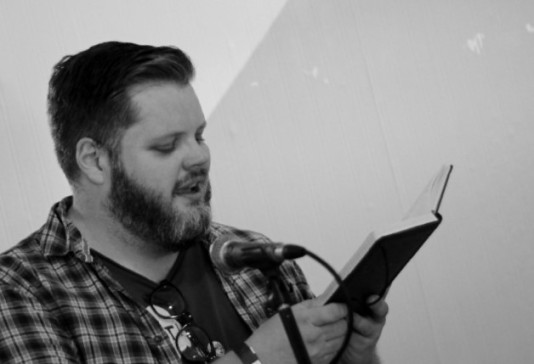 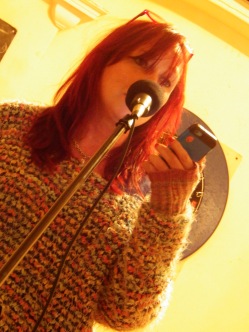 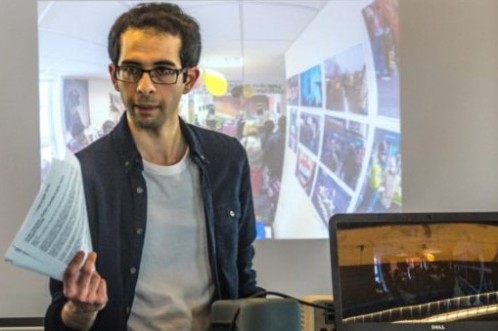 MEGAVERSE seeks to encourage those relatively new to performing to experience a festival atmosphere along with more professionally tested performers so that everyone supports and inspires each other to give their best and grow as performers in the process. 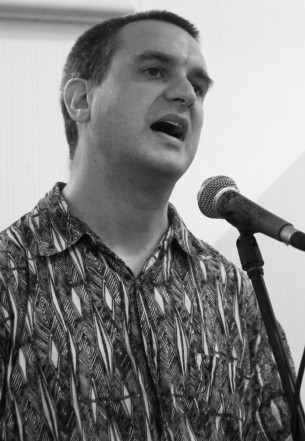 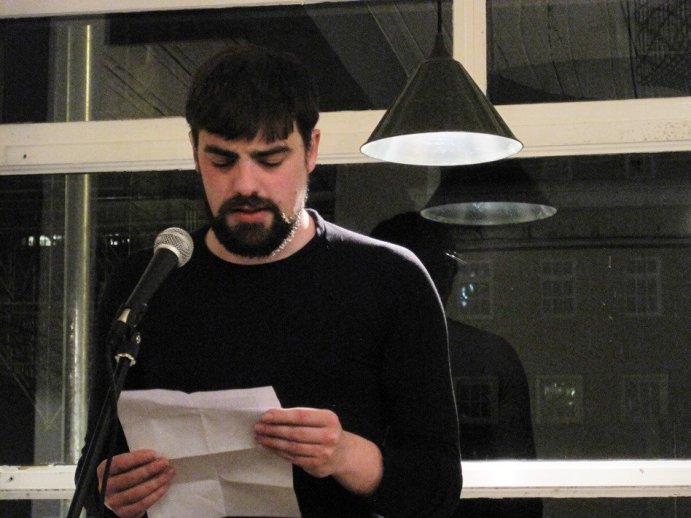 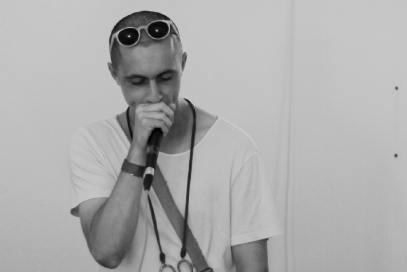 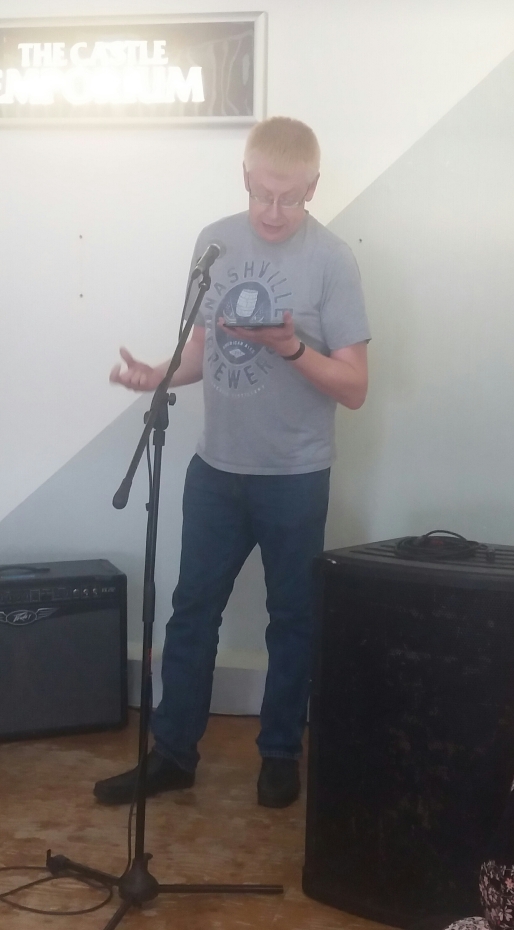 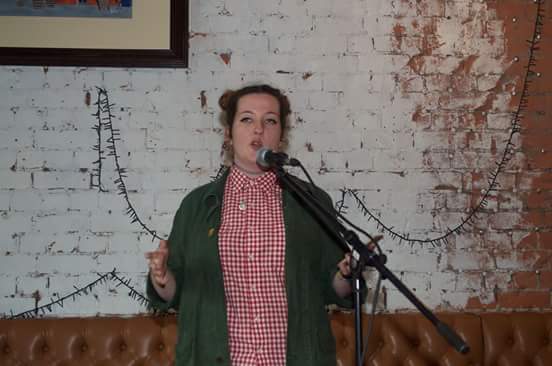 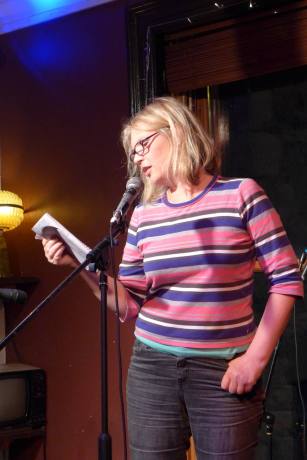 MEGAVERSE has become a firm annual fixture in the heart of Central Cardiff, attracting local and nearby talent and also drawing in performers from further flung places such as Brighton, Southampton, Swindon and Canada!

In addition to its annual existence as a festival event, MEGAVERSE has also landed in other circumstances both in and outdoors, to celebrate International Dylan Thomas Day, In support of OXJAM, in association with BBC WALES TV talent Project IT’S MY SHOUT and in ‘underground culture’ as part of a Cardiff TAA (Temporary Autonomous Art) in a disused office building ‘temporarily occupied’ for a week-long festival of visual art, poetry and music. 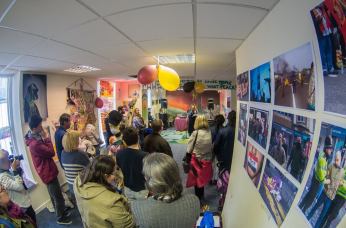 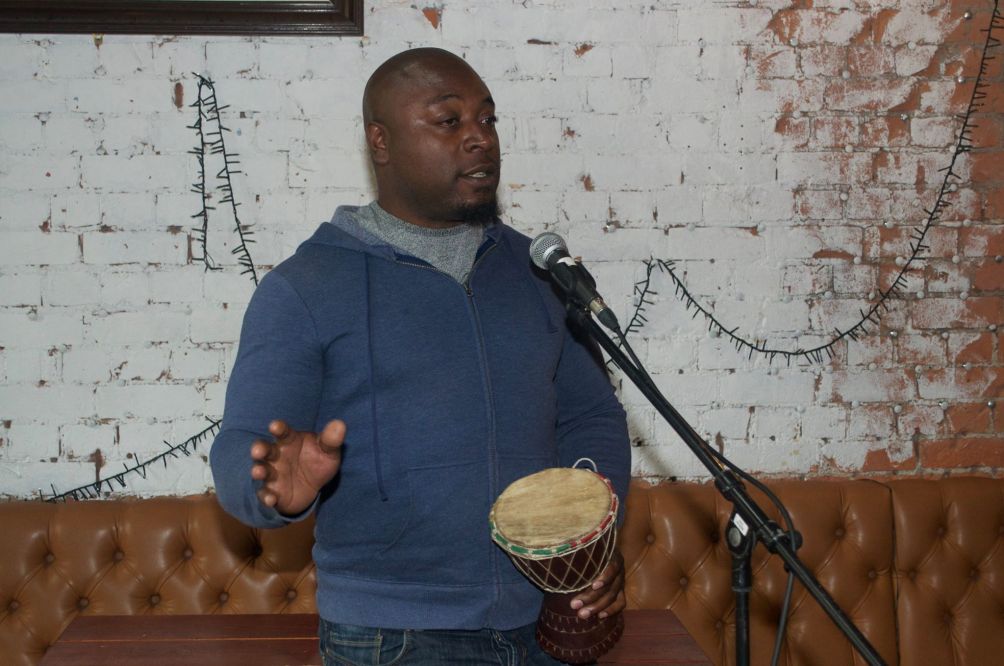 Will Ford also organised and hosted a MEGAVERSE with local NHS Mental Health Unit Whitchurch during the period of transition of its services to a new location in Llandough Hospital. And when the new mental health unit opened, some words from Will went on permanent display in the entrance area to encourage anyone who sees them to envisage a better future for themselves, whether in terms of mental health, career, creativity or any other aspect of life: 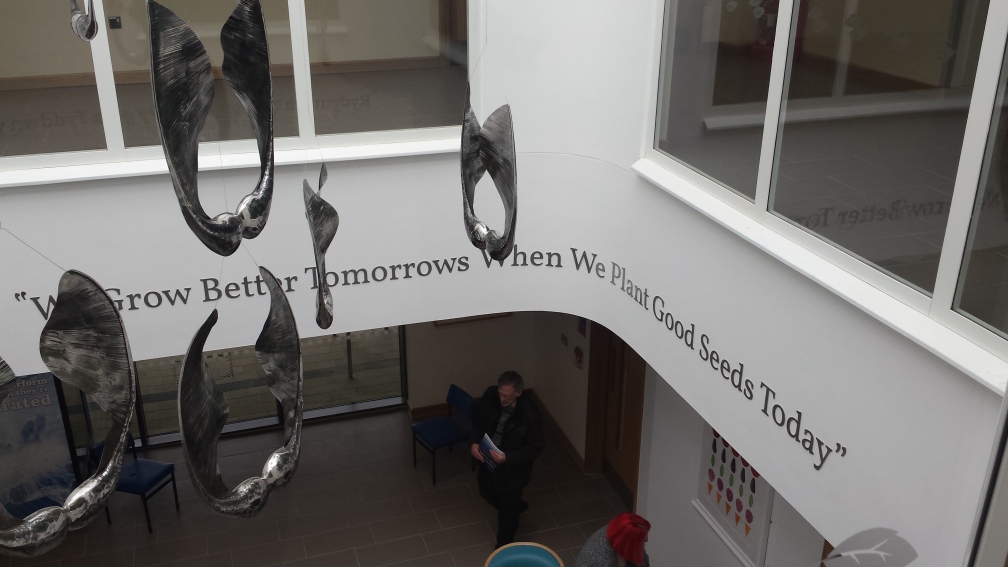 WE GROW BETTER TOMORROWS WHEN WE PLANT GOOD SEEDS TODAY

Formerly almost completely agoraphobic, Will Ford found himself via spoken word performance, overcoming his very worst fears in order to be able to try and share his words. The more he planted those seeds of possibility, the more he found he could do. Initial musings. He has continued on this path ever since, exploring his own creativity and encouraging others to do the same. Being grateful for being heard and how much that set him free was the seed from which MEGAVERSE went on to grow.

For four years, until January 2019, Will co-hosted RARA, a monthly spoken word open mic where some of the MEGAVERSE contributors took their first ever chance on their own words and shared them with an audience. Will and co-conspirator Dave Daggers took on RARA from its creator Julie Pritchard when she wished to move on to other projects. In the years that followed hundreds of open mic spots were filled by nervous new performers and relaxed regulars.

Will Ford and Dave Daggers at MEGAVERSE @ HUB FESTIVAL CARDIFF 2018

THANK YOU EVERYBODY WHO HAS ATTENDED A MEGAVERSE
FOR YOUR WONDERFUL WORDS AND YOUR LISTENING EARS
HOPE TO SEE YOU AGAIN SOON!

SPECIAL THANKS TO FEATURE PERFORMERS 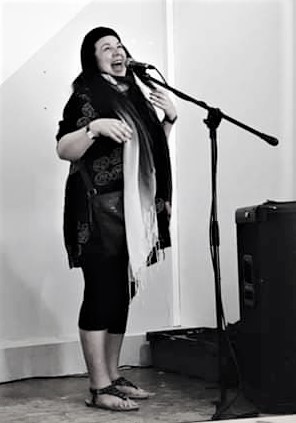 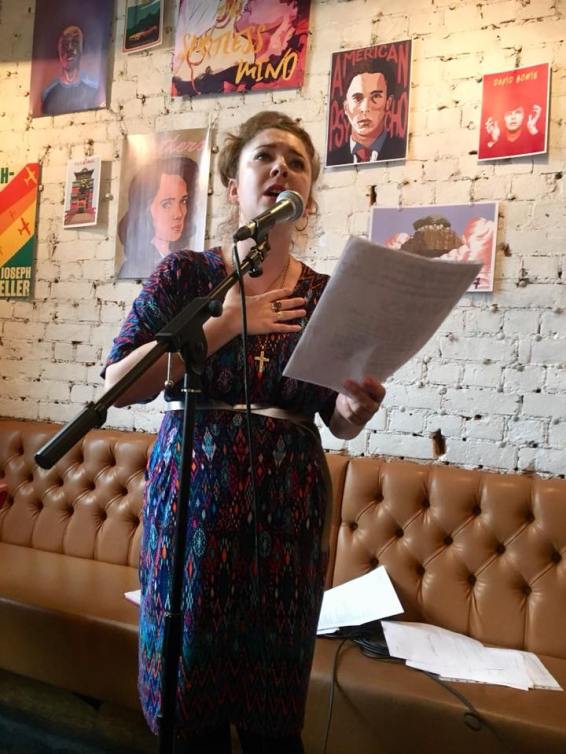 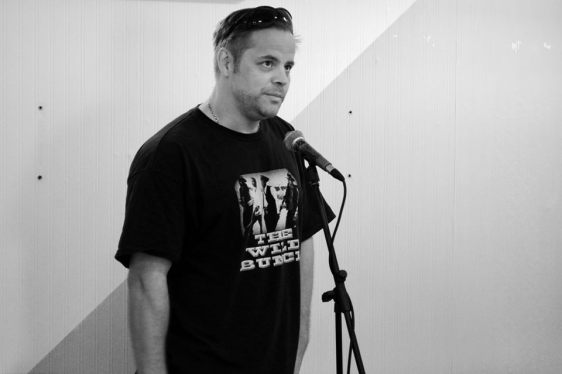 MANY THANKS ALL FROM THE ETERNALLY GRATEFUL
WILL FORD